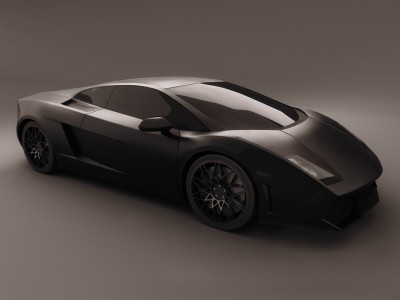 Ahh, the old keeping up with the Joneses.

Such a popular and well-known part of our vernacular, it actually has its own Wikipedia page:

I’ve written before on why we shouldn’t keep up with the Joneses, even if you’re replacing your physical neighbor with a virtual neighbor in the form of a blogger that’s maybe financially further ahead than you are.

But I think that not only should we not try to keep up with anyone or anything other than ourselves and the best we can possibly do, but perhaps the Joneses should be trying to keep up with those of us living below our means and slowly achieving financial independence.

What’s More Luxurious Than Setting Your Own Schedule?

There was a commercial on the television the other day, advertising an entry-level luxury car. You can score a lease for only $399 per month. Of course, that’s assuming you part with a few thousand dollars upfront and also shell out the necessary money for the gas and insurance.

What I noticed was that the word “luxury” came up at least twice in the commercial. What’s more luxurious than a BMW 3-series or Audi A4? Don’t you owe it to yourself to sit on fine leather while you drive around in a metal box on shiny wheels? Life is too short to drive around town in anything other than a luxury car, right?

Well, I don’t disagree that life is too short. But I do disagree on the definition of the word “luxury” and what’s truly luxurious.

But I’ve already found the ultimate luxury: Setting your own schedule.

How can you compare owning one metal box on wheels to another? What makes one more luxurious than the other? Marketing? Perception? Society?

Does owning a luxury car or luxury home really improve your life markedly over owning a lesser car or home? What’s the difference in quality of life between driving around a Corolla versus a BMW? They both get you from Point A to Point B, correct?

What about a bigger home? Would renting an apartment twice the size of the 900 square feet our current abode occupies really make us that much happier? Vacuuming twice the amount of carpet and cleaning twice the space? No, thanks.

Stainless steel appliances? Do they somehow cool and cook my food any more efficiently than appliances that aren’t as shiny?

Is that not the ultimate luxury?

Imagine you could go to a store and buy the ability to set your own schedule. What would you pay for that? Would that not be the most desired luxury of all if it could be purchased?

Forget a fancier car or bigger home that come with drawbacks like additional bills, additional maintenance, and additional time spent to maintain that lifestyle.

Setting your own schedule comes with no drawbacks. You control your own destiny by controlling your days. You do what you want, when you want. How fantastic is that? And how can that be compared to a watch or suit? They’re not even on the same planet.

Wake up when you want or lease a luxury car? Is that a serious question?

What Asset Could Be More Valuable Or More Impressive Than Your Time?

I don’t own many material possessions.

I’ve got a small wardrobe. A few electronics, including the computer I’m writing this article on and an iPhone 3G from 2008. Some furniture. A book or two. Personal effects.

That’s pretty much it.

I don’t own a car. Or a home. I have no garage where I can store a bunch of stuff I don’t need.

But I’ve got it where it counts.

I own some serious equity in more than 60 high-quality businesses. And each and every one of these businesses pay me to own them. They send me my rightful portion of their profit. And since they all tend to be more and more profitable over the long run, they send me bigger and bigger checks.

This passive income allows me to own some of my own time – I’m a good deal along the spectrum of freedom now. Perhaps more importantly, I’m on pace for financial independence before 40, whereby I’ll own all of my time. And is that not the most impressive asset of all?

How fancy is a Ferrari in the garage of a McMansion if the owner is too busy to enjoy the car or the house? What good is a large house if you’re never there to spend time in it? At what point does an object own you rather than the other way around?

In fact, I think the question of whether or not someone owns their own time should be the first question you ask when they start talking about the new car they bought or the big house they just dropped a few hundred grand on.

Why would the ownership of your own time not be the first thing you “show off” to friends, family, and co-workers? It should be the basis upon which to judge someone’s fanciness or station in life.

I’m not saying there’s anything wrong with owning or buying fancy stuff. Far be it from me and I’m not one to judge. But I think owning that fancy stuff before owning the fanciest thing of all – your own time – is a huge mistake.

Choose to own a bunch of fancy stuff that will likely end up instead owning you, and you’ll be making it all the more difficult to eventually own your own time and set your own schedule… if you go after the material possessions first.

But by switching the order around and choosing to buy your time before a bunch of stuff, you’ll be putting compounding in your favor at a very early age. You’ll then be able to own far more fancier stuff than you otherwise could have had you did it the other way around, and you’ll still be free.

But by then you’ll probably realize that stuff doesn’t really make you happy.

What Better Boss Than You?

I work from home, and have been doing so for more than a year now.

And it’s as wonderful as it sounds.

Sure, there are a few very minor drawbacks, and I hope to write about those at some point.

But those drawbacks pale in comparison to my old job working down at the car dealership for 60 or whatever hours per week – and now being able to set my own schedule is certainly not one of those drawbacks.

I remember waking up when way earlier than I wanted to, doing work I didn’t want to do, eating when I was told to, and working around people I probably wouldn’t if I didn’t have to.

One of those people that I worked around was my former boss.

I’m sure he’s a great guy after work is out, but his primary job was to keep me toeing the line. That naturally results in friction.

However, I’m now my own boss.

And I can tell you this: I love telling myself what to do.

I can’t imagine any boss being better for me than me.

“Hey, Jason? You mind if I take the day off?” I ask myself on a given day.

“Sure. No problem. Just means you have to work that much harder the next day.” I respond to myself.

It’s a pretty good relationship! We see eye to eye on a lot of things. Go figure.

Now, just imagine being your own boss.

If you decide to never work a day again, great. You’ll own your own time and be able to set your own schedule. You own the greatest asset of all and the fanciest luxury I know of.

But if you do decide to continue working, you’ll be doing it on your terms.

Sure, you might have a “boss” of some sort if you’re not running your own business and/or work from home. But let’s be real – that’s really just a formality. After all, you don’t have to work anywhere. You’re really your own boss once you own your time. When you own your time, you are the master of your universe. How can some boss at some job possibly outrank that? How can a boss tell you what to do when you don’t have to do anything at all?

If the relationship doesn’t work out, so be it. On to something else. But if you’re in a situation where you can work anywhere and do anything at all, the odds are great that you’re going to pick something that fits just right. You’re not going to take a job you don’t really like when you’re financially independent and able to do anything, anywhere. Not going to happen.

At that point, you’ll always be your own boss. You make the rules.

Maybe I’m impervious to marketing these days. Not sure. But I just find the commercials of luxury goods silly.

But who’s going to advertise the ultimate luxury of being able to set your own schedule? Who’s going to tell you that the most impressive asset in the entire world to own is your time? Who benefits from that besides you?

However, that’s exactly why you have to be an independent thinker. Think outside the box so you don’t end up in a box.

Maybe the Joneses won’t all of the sudden aim to keep up with us freedom fighters. But I’d argue they probably should. They probably don’t know what they’re missing because they’re too busy working to afford their “luxury” goods, missing out on the greatest luxuries known to man.

Luxuries like autonomy, flexibility, and freedom trump any material luxury you can possibly buy. But attain the former quickly and you’ll be in a position to afford all the latter you can possibly want later down the road.

What do you think? Should the Joneses be trying to keep up with us? Is setting your own schedule the greatest luxury of all? Can anything be worth owning more than your time?