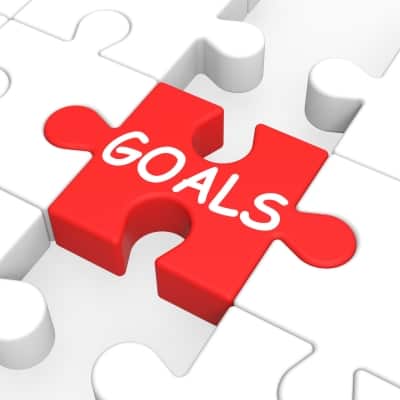 Can you believe it?

We’re halfway through July and more than halfway through 2015. I used to lament how fast time passed by, feeling like my time was slipping away right through my fingers.

Time passes by a bit slower for me these days, but it still seems to slip away faster than I’d like.

However, I try to look at the positive side of it all. Every new day is an opportunity – an opportunity to bring me that much closer to my goals. And I feel like I’m a better me with every day that passes. So, in that sense, the passing of time is actually a huge benefit. Glass always half full, right?

Furthermore, I can look back on the last six months with a lot of pride. I set some really intense and challenging goals for myself at the beginning of the year – all are SMART goals. Well, I can sit here a bit more than halfway through the year and say that I’m more or less on pace to accomplish all of them.

I figured I’d be far behind on pretty much every single one by this point in the year; I went ahead and put some really difficult goals out there just to see what was possible. But that’s given me the motivation to see exactly how hard I could push the envelope. I never back away from a challenge, and 2015 – my most challenging year yet – is no different.

But I’d be remiss if I didn’t thank all of you readers out there. You guys push me, motivate me, inspire me, and support me. I really appreciate it. I try to repay that support by putting out the best content I possibly can. You guys inspire me to be the best version of myself, and I hope that in turns inspires you to be the same.

I also want to quickly mention that I’m incredibly fortunate and grateful to even be in this position, on this journey of mine. Just to be alive, healthy, and young is such a gift all by itself. But to then be able to save a large portion of my income and invest that excess capital in high-quality businesses that reward me with growing dividends takes it to another level. So even being able to set goals in the first place is just a wonderful spot to be in.

With that said, let’s take a look at what my goals for the year are and then see where I’m at thus far.

I figured I’d be really behind on this after six months at it. To be honest, this is putting me ahead of pace for my long-term goals. My overarching goal is to become financially independent by 40 years old, and I figure I’ll need about $18,000 or so per year in dividend income to be there. It’s a moving target, but that’s what I’m shooting for. Nonetheless, I originally anticipated earning about $6,000 in dividend income this year when putting together some calculations back in early 2010.

Well, $7,200 puts me about a year ahead of pace. And, as we know, dividend income compounds… which means it’s very likely my pace will pick up and put me even more than a year ahead here pretty soon. All good things, which I’m so proud of. I’ve worked very, very hard to be in this spot. And I’m here to tell you that if you work hard and believe in yourself, amazing things can and do happen.

Progress? I’ve received $3,405.32 in dividend income during the first six months of the year (or $567 per month). That’s 47.3% of the way there, which makes it look like I’m slightly behind. Technically true, but the second half of the year will undoubtedly be better than the first half due to dividend raises, dividend reinvestment, and new investments with fresh capital all combining to help out tremendously as the year closes out. I’m fully confident about being able to exceed my goal, assuming that income and capital deployments remain similar to what they’ve been in the first half of the year.

This goal might not seem all that challenging at first. After all, I’m the guy who saved more than 50% of my net income for four years straight and just barely missed it last year after quitting my full-time job to take on the opportunity to pursue my passion for writing, sharing, and inspiring. Oh, and I’ve hit a 70% monthly net savings rate 14 times now since the start of 2011.

But it’s a challenging goal because I no longer have the day job to fall back on. No comfortable paycheck being direct deposited into my bank account. I gave up about $60,000 per year to do what makes me happy because that’s what this is all about. We’re pursuing financial independence to maximize time and happiness, so I figured why not just cut to the chase? But in the process, I put myself in a predicament where I had to basically replace that level of income right out of the gate – 2015 would be my first full year without a traditional job to rely on.

Well, I’m on pace. I can’t believe it, but I’m on pace. Again, hard work is underrated. I’ve been writing so much I actually broke my laptop earlier this year. And the coffee shop across the street practically has my drink ready to go for me before I even get over there. But I’m really enjoying it. I’m sometimes a bit overwhelmed, but it’s all in the name of doing what I love to do. I’ve tried to take advantage of every opportunity that’s come my way, and that’s paid off for me. I’m currently at a 50.1% net savings rate on the year, averaged out monthly. I think it’s quite possible I’ll even exceed this goal by a healthy margin, again assuming that income remains steady over the next five months.

This has always been a tough goal for me. And that’s because I naturally tend to work out a little too hard and pack on a little more muscle than I’d really like. It’s just my background in competitive bodybuilding taking hold, as well as my competitive spirit. Eight reps last week? Let’s do nine this week.

However, I’m more interested in a leaner frame these days. Less difficult to maintain and probably healthier, overall. The days of squatting 405 pounds for reps are long behind me. But I actually find it more challenging to slim down than to bulk up, likely just due to my genetic makeup. Regardless, I continue to stick to my frugal fitness routine which involves a lot of reps, a fast pace, and more cardio than I ever used to engage in.

I was putting in two-mile runs before my workouts there for a while. Well, I’ve scaled that back to one mile, three times per week. To be honest, that’s due to a couple reasons. First, I’m just too busy for that extra 12 or so minutes. Second, and more importantly, I just plain hate running that much every week. It was draining and also hard on my joints. But it also means I’m not as far ahead on this goal as I’d like to be. I currently tip the scales at 182 pounds. So I’m behind a bit here. It’s obviously not difficult to trim a couple pounds and nail this, so I’m not overly concerned. Just gotta stay away from those late-night pizzas!

This goal is honestly the most important. And that’s because the savings and dividend income goals both hinge on my ability to bring in the revenue necessary to save and invest. If I don’t earn enough, I can’t save enough and I can’t invest enough to accomplish my other goals. So I’ve prioritized writing great content and taking advantage of every opportunity possible to make this work, while also making sure quality reigned over quantity.

That’s panned out really well for me thus far. Again, I’m super fortunate. I’m doing what I love and making a pretty decent living at it. Online income can be fickle in a lot of ways, so it’s difficult to know if this will persist. But I’m making the most of it while it lasts. I’ve earned a total of $23,513 in online income this year, after taxes. That’s 65.3% of my goal this year, which means the latter half should be mostly icing on what’s already a really delicious cake. Thank you all so much for your continued support.

I’ll take three out of four. Besides, I’m barely behind on the weight goal, which is just a function of me missing the boat a little bit on that one. An extra bite here and one less mile there adds up. But I’ll just have to remain diligent over the next few months when it comes to watching what I eat while keeping up the weekly workouts.

Everything else is exceeding my expectations. I’m honestly blessed to be here. I’ve surely worked hard and earned my fair share of the luck I’ve received, but I’m also very, very fortunate. It’s humbling to be in this position, and so I’m just doing all I can do to remain worthy of staying in this position.

I think the odds are excellent that I’ll exceed all four of these goals by the time 2015 comes to an end. If I don’t, it won’t be for lack of trying, that’s for sure. I know nothing less than 100%, so that’s what I continue to give day in and day out. Stay tuned.

Meanwhile, I hope all of you out there are exceeding your goals as well. Let’s work hard, stay industrious, and be all we can be!

How are you doing with your goals? Is 2015 exceeding your expectations? Working hard?