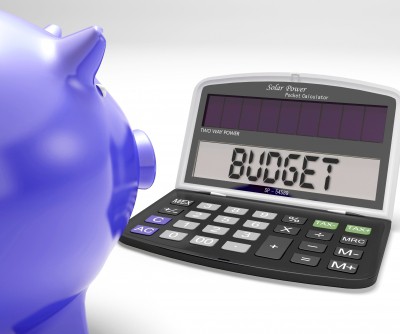 First, I want to prove to the world that it’s possible to become financially independent at a relatively young age even if you don’t make a lot of money. I don’t make a six-figure income. I never have and I probably never will. But it’s not necessary. Oftentimes, people focus on income too much. Expenses are just as important, because if you make $200,000 per year, but spend $190,000 of it, you’ll never become financially independent. Conversely, bringing home $40,000, and learning to get by on half of it means you’ll likely be able to retire if you want to within 15 years or so. Making less means you have less to save, but spending less means you need less to retire off of.

This is the third full month now that I’ve been living without a traditional paycheck. I no longer drag myself down to the dealership and punch in for over 50 hours per week. I instead write for a living, and it’s been one of the single greatest decisions I’ve ever made. If you’re curious how I generate online income, I discussed that a few months ago. The online income I generated this month was within a few dollars of what I received last month, which is wonderfully consistent. Even better, I’ve been increasing my freelance workload fairly substantially lately. As such, I expect to generate even more income in this area of my budget. Again, I thank all of you readers and those parties hiring me for writing from the bottom of my heart for supporting me!

Dividend income broke a new record for me. September represents my all-time high for passive income received during one month, and I couldn’t be more pleased about the progress I’m making here. It’s truly amazing to watch pennies turn into hundreds of dollars. I’m creeping ever closer to that big milestone of receiving $1,000 in dividend income for one month. I’m gunning for it!

The other income was related to $25 in cash back rewards I received from one of my credit cards. I really enjoy these little rewards. I’m frugal and don’t spend much money, yet I still receive what amounts to a nice little dividend payment every quarter or so. Nice! I’m getting paid to spend money where I would anyhow, and I pay off my cards every month so I never have interest payments. Plus, I use my Visa card pretty much everywhere, which makes me feel better as an owner.

*The Everything Else category includes expenses I don’t have a regular budget for. In this case, the costs here were caused by having to get a driver’s license and car registration established in Sarasota, Florida after my extended summer vacation up in Michigan. I obviously made a mistake here, and wish I would have left my license and registration alone.

Health insurance went up. I signed up for Florida health insurance through the national exchange and picked the best bronze (HDHP) plan I could find, which was also the cheapest. I’m going to investigate this a bit further when open enrollment starts back up in November.

Although not reflected here, auto insurance went down slightly to $65 per month after registering for Florida auto insurance. That’ll change starting next month, but the change didn’t occur until toward the end of the month. This appears to be a pretty competitive rate. I’ve shopped three different providers, and nobody is even close. This is for max liability, comprehensive, and collision coverage with a $1,000 deductible for comprehensive and a $2,000 deductible for collision. I plan to delete comp and collision after the Corolla ages a bit, but they’re relatively small portions of my bill.

This will be the last month with $250 rent. It may look like this whole adventure saved me some money in regards to rent, but I actually paid a lot more. I paid my half of rent through July, and then paid for all of August’s rent by myself on the apartment I share with my significant other. Then I paid rent while staying with a family member up in Michigan. Starting in October, I’ll be back to paying my half of the rent on our two bedroom apartment, which is around $525 after utilities.

Fuel was obviously sky high. This is due to the massive 1,200 mile road trip back down to Florida. Now that I’m back I anticipate filling my gas tank less than twice per month, on average. So I’m anxiously looking forward to fuel bills somewhere around $50 per month.

Food was also quite high. I bought groceries for our household my first weekend back in late September, which brings me to an important change moving forward. I used to pay for only my groceries, while Claudia paid for her and her son’s food. However, when we would go out I would pay for dinner and entertainment. This worked for us because we were on slightly different schedules. I would come home from a busy day at the dealership and make myself something quick to eat, then I would promptly move on to writing or exercising. Claudia and her son would then eat a large meal later in the evening together. We would rarely eat dinner together during the week. This wasn’t explicitly to save money, but rather I was hungry as soon as I got home and I had to move through my schedule pretty quickly if I wanted to get everything done.

Well, moving forward we’re doing things a bit differently. We’re all going to eat dinner together during the week since my schedule has lightened up considerably. And we’ll simply be alternating the grocery bills. I pay one week. She pays the next. We will share the food and expenses associated with that. It’s an arrangement that we kind of mutually came up with, and one that works a lot better. Plus, I hate to cook, while Claudia loves to cook. This works out great for me. I’m now her “sous chef” as I help her out in the kitchen (getting her utensils, cutting various portions of food, setting the table, providing moral support), and we have fun at it. My diet has improved considerably, especially in regards to variety. Whereas I’ll simply whip up a sandwich or something quick/cheap if I’m by myself, we now eat stuff like Asian stir fry (probably 75% of our weekly meals moving forward), fajitas, Italian sausage, pasta, and fish.

Breakfast and lunch is mainly the same as it’s always been. However, I do get up early in the morning to eat breakfast with Claudia. Typically, that’s oatmeal, cereal, or occasionally eggs. Lunch is largely leftovers or sandwiches. Due to this change, I expect my grocery bill to go up a bit. But I hope to compensate that moving forward with potentially less expenditures on restaurants. However, I still usually pay when we go out.

All the other expenses were relatively in line. I’m looking forward to 2015 when the “auto payment” of $300 (my amortization of the cash purchase of my 2006 Corolla) drops off my budget.

I managed to save 41.2% of my net income this month. I’m slightly disappointed in that, as it’s lower than what I’ve historically managed. But at the same time I’m also extremely excited that I’m able to save substantial portions of my income while no longer working a conventional job. My quality of life has shot up through the roof, but my savings have only taken a modest hit. I have a lot more time now, which is somewhat responsible for our new household habits. Life is good! More time is what financial independence is all about, and that’s exactly what I’ve achieved.

I’m now at an average of 45.2% for the year. I’m just a little off, but it’ll be extremely challenging to make up that much ground over the course of just the three months we have left this year. I’d have to average savings rates near 65% for the rest of the year to catch up, and I just don’t think that’s going to happen. But I’m not giving up yet! I’m going to give it my best shot and see just how close I can come to 50%, even with all the obstacles I’ve had this year. Stick around and let’s see how it turns out!

I expect October to be a substantial improvement on September’s savings rate. I’ve been writing more than ever, and the income is picking up nicely. Expenses should stay roughly in line, although we do have a BIG five-year anniversary celebration later this month. We’re very excited for that, but there will be costs involved. I’m optimistic I can cross over 50% for October.

How was your budget for September? Save as much as you wanted?