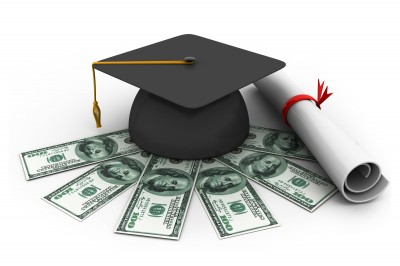 Special note: Much of the information discussed in this post refers to my personal experience with student loans. Furthermore, it should be noted that I have federal Direct Loans. Private loans could possibly differ substantially in regards to terms, interest rates, and taxes.

I had a few choices early on in my journey where I found myself digging out from a negative net worth and putting myself on the path to financial independence: I could either aggressively pay off any debt I had, aggressively invest savings into appreciating assets, or some combination of the two.

It’s important to note that when I found myself worth less than a baby back in 2010 (read: negative net worth) I didn’t have any rampant credit card debt. Luckily, I’ve been pretty good for most of my life at not racking up ridiculous high-interest credit card balances. I also had no mortgage, as I’ve been a happy lifelong renter.

So I had some tough choices to make. What do I do with this debt? How fast should I get rid of it? And what’s the best way to allocate my limited resources? I absolutely abhor debt, so I had to think fast.

Well, I decided to sell the car. That was easy. Completely eliminated the loan and forced me to adapt to my surroundings.

But I was still left with a hefty student loan bill. I ultimately decided to continue paying the minimum on these loans only, which left me with a ~$200 bill every month all along the way. I continue to pay the minimum to this day, and I’ll tell you why.

I consider myself someone who allocates capital to the best of my ability, with the intent goal of becoming financially independent by 40 years old whereby my passive dividend income exceeds my expenses. Therefore, the higher I can get my dividend income while simultaneously getting my expenses as low as possible gives me the greatest chance at attaining my goal.

So it would make sense to pay off the loans as early as possible in this regard, as the $200 expense would vanish from the books and I’d automatically leap forward toward financial independence.

This decision was made primarily due to the interest rates on my loans. I have a total of four loans, two of which share a 2.330% interest rate, while the other two have a 3.125% interest rate.

I figured that every dollar I invested instead, if invested wisely enough, could fetch a greater rate of return than that blended average interest rate of 2.73%. Luckily, I’ve been correct, as I’ve far outpaced a total return of 2.73% on the money I’ve invested thus far.

Look, I hate debt. I’ve never invested in a margin account, and every single equity position I own is mine free and clear. However, if the debt is so low in interest that you almost can’t avoid doing better elsewhere, it might make sense to think twice about aggressively paying off debt. Of course, this also depends on your personality. If you’d just sleep better at night knowing the debt is gone then you’re probably better off getting rid of it as soon as possible, even if that means forgoing some additional returns. Nothing is worth your peace of mind, in my opinion. This line of thinking also works the same for mortgage debt.

I look at my balance sheet like the balance sheet of a really high-quality company. If the debt is manageable, and the leverage is purposely there to maximize return, then I applaud the logic. However, this must be kept in check. I currently have ~$18,000 in student loans on my balance sheet, which is the only debt to my name. But if my overall long-term debt position were to increase dramatically from here I’d probably lose my rather nonchalant attitude on it pretty quickly.

So I could easily sell off $18,000 worth of stock, pay capital gains (if a gain is registered), and lose the corresponding dividend income. And I could then take that capital and pay off the student loans. Paying off the student loans would free up future investment capital due to the elimination of payments going forward. However, I view this as a move that would not be beneficial to my long-term wealth. The stock market has returned somewhere around 9% annually over the long haul, while the student loan debt is a guaranteed sub-3% gain. Of course, how this would actually turn out would largely depend on how the stocks I would hypothetically sell would have otherwise performed over the period it would have otherwise taken me to pay off the student loans. So you can see where there is a lot of theory involved. At the end of the day, however, I look to the ability of whether or not a high-quality company can perform at a rate that will compound my wealth above 3% over the long haul. And if I can’t assume that, my money would be best off elsewhere.

Adding to the appeal of not paying the loans off early is the fact that the interest on student loan debt is tax-deductible, assuming it’s a qualified student loan and your income meets certain criteria. The deduction is essentially an adjustment to income, up to $2,500. If you’re interested in how that works, I would recommend reading about it directly with the IRS, as tax situations can become quite complicated.

I’ve giddily claimed this deduction yearly, as there is no need to itemize deductions since it’s a straight adjustment to income. This debt is a bit unique in that regard. While you can also deduct mortgage interest, depending on your circumstances, that requires itemization.

When you factor in an already low interest rate and then add in the fact that the interest is tax-deductible, I figured from the outset that I almost couldn’t lose by aggressively investing that capital instead. I identified bargains across the stock market back in 2010 that were attractive, and focused solely on investing excess capital, rather than trying to rid myself of student loan debt that was manageable with tax-deductible low interest. And if I could go back in time, I’d do it the same all over again.

Federal Direct Loans offer a number of repayment terms, which I find pretty attractive. This offers a lot of flexibility in terms of how you pay, how long you pay, and how much you pay.

Some of the repayment plans include:

As you can see, the plans are quite varied and flexible. And I kind of like that. Just in case my income takes a serious hit, I can throttle back on the payments, assuming I’m eligible per certain criteria. You can read more about these plans directly from the Direct Loans repayment page.

In addition, there are forbearance and deferment options. I personally applied for and received a two-month forbearance on my student loans because I was transitioning from a traditional, full-time job to writing for a living. I didn’t know what my cash flow would look like, and this forbearance allowed me to remain flexible and liquid while I transitioned into this new role. This kind of flexibility, in my opinion, eases the repayment process.

Liquidity is hugely important to me, especially now that I’m no longer working in the traditional capacity of a employer-employee relationship. I’m currently working for myself, and as such I view liquidity very favorably.

And I’m extremely liquid right now with a stock portfolio well into the six figures and cash in the bank.

However, if I were to take $18,000 of liquid assets and convert those to cash to pay off my student loans, I’m no longer as liquid. I have the $18,000 debt paid off, but the cash is gone forever.

It was my decision to remain liquid over the past four or so years that allowed me the flexibility to do some of the things I’ve done. I was able to take advantage of a once-in-a-lifetime car deal. I was able to buy stocks when the opportunities presented themselves. And I was able to move across the country to be closer to family and pursue writing.

Now, I’m not saying I wouldn’t have been able to do these things had I paid off my student loans completely at an earlier date. But I am saying that my opportunities likely would have decreased commensurately, as my liquidity would have. And there’s something psychologically beneficial about having that flexibility to take advantage of opportunities. Especially when you know that you’re probably doing better with the capital in a liquid investment over paying off the debt earlier due to return potential and opportunity costs.

While I still have student loan debt, I have paid off all other debt. I have no credit card debt, auto loan debt, mortgage debt, personal loan debt, or anything else. And if the student loans had a higher interest rate or the tax deduction disappeared I’d probably change my tune. So for anyone else out there that might be just starting off on their journey and contemplating what to do with debt, my advice is usually to pay it off first before investing unless the interest rate or tax situation make it disadvantageous to do so.

I hope this was a coherent explanation as to why I haven’t paid off my student loans in full yet. I’m sure there are some that will still disagree with my logic, and that’s okay. I can understand both sides of the issue, and ultimately you must do what’s best for you and your situation. I long felt that I was better off investing my capital in high-quality businesses that regularly and reliably pay and raise dividends. And thus far, that intuition has served me mightily. But if the loans had a much higher interest rate my whole strategy heretofore would have likely been very different with an aggressive payoff plan.

However, as the stock market relentlessly rises, opportunities become limited. As such, I may revisit my thoughts on this matter at some point in the future if I feel my capital would be best allocated to paying off low-interest student loan debt instead. In addition, I may at some point decide to aggressively pay off the student loans simply to get rid of them and reduce my monthly outlay. That would just be a simplification of my finances and lifestyle, at the expense of giving up potential gains elsewhere.

What do you think? Should all debt be paid off as fast as possible, or does this plan make sense to you?