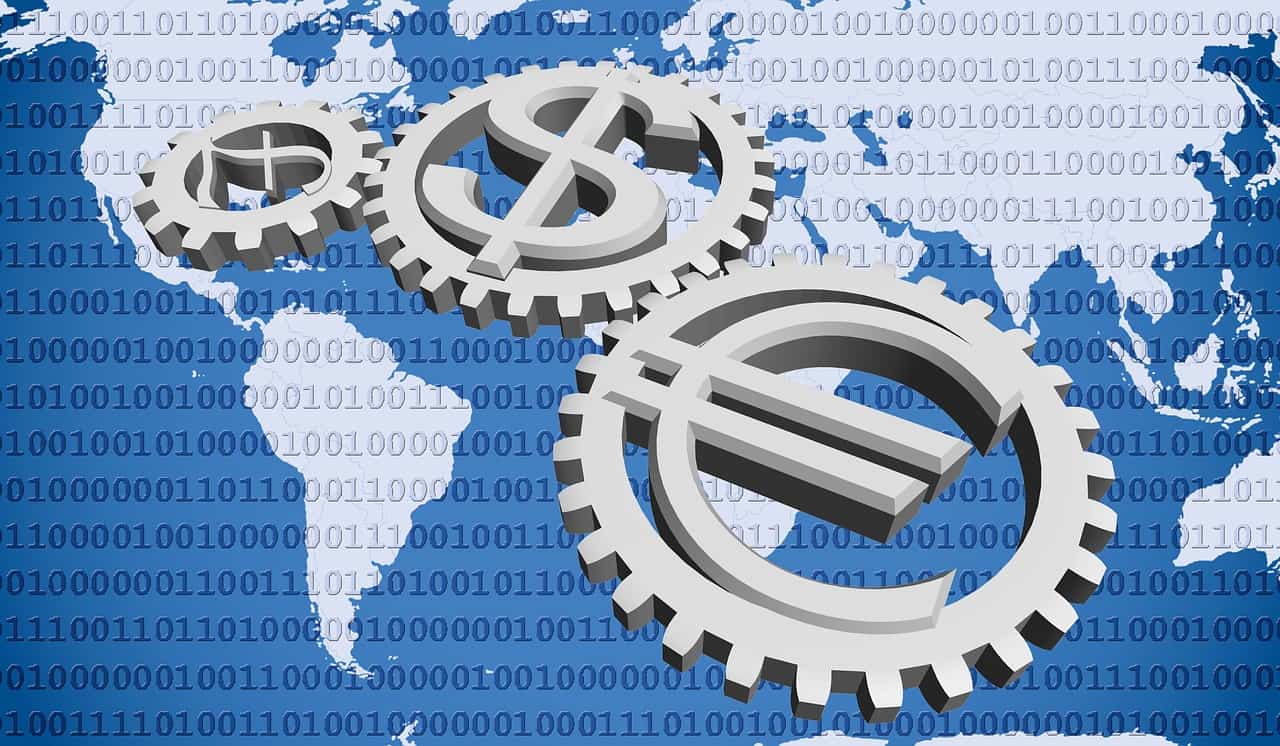 In our globalized economy, investments in foreign entities are an increasingly vital element of any investment portfolio for both companies and individuals. We conducted a comprehensive survey of international investment vehicles to specifically address two questions: What is foreign direct investment and how does it impact the economies of all the countries and investors involved?

What Is Foreign Direct Investment?

This typically happens when a firm in an economically prosperous country acquires enough equity in a foreign company to be considered the majority shareholder or, at least, a controlling shareholder.    Less frequently, an American individual purchases enough of a business or furnishes sufficient resources for a business’s operations to be considered a partner in the company. This most often the case for very wealthy investors.

For example, if a company based in the United States bought a large share of a foreign company and involved itself in the day-to-day operations of the company by voting on the board, purchasing new supplies for the company, or hiring consultants to advise on the business’s practices, that would constitute foreign direct investment.

On the other hand, if a company in the United States bought a sizable, but not controlling, share in a foreign company and simply used the equities to diversify their investment portfolio without taking a role in the company’s operations, that would not constitute foreign direct investment.

Foreign direct investment is often lauded by economists because of its ability to facilitate robust competition, import industry knowledge, and disperse helpful technologies; especially from richer economies to poorer economies.

When a foreign company enters a new market, it has typically done so because the company is confident it can offer a new product or an existing product at a competitive price. This is good for the company in that it diversifies their holdings, meaning that a downturn in one market could be offset by good sales in another.

Because foreign direct investors must involve themselves in the day-to-day operations of the company they have acquired a large stake in, they typically bring their industry knowledge and business practices to a new market, which makes the business culture of the foreign market more competitive. This is also true of the technologies different companies bring to markets where those technologies are not yet widely used.

For the reasons described above, international regulatory agencies like the World Bank and the International Monetary Fund are big fans of foreign direct investment.

These agencies see foreign direct investment as the best tool for combating growing inequality within developing countries as well as inequality among the world’s disparate economic circumstances by increasing the level of competence among workers, forcing companies in under-served markets to innovate and creating growth in ancillary industries.

Even though foreign direct investment generally improves the overall business culture of the country it occurs in, there are frequently concerns about the long-term impact it has on the economies of poorer countries.

When a company in a poorer country receives an influx of cash and resources from a wealthier firm abroad, the immediate impact is typically positive. The company creates more jobs, trains workers to a high standard, and increases the spending power of residents in the area; however, the corporate profits typically end up going back to the richer country the foreign investment came from initially.

In this way, foreign direct investment can detract from robust economic growth while concurrently creating benefits for workers in the poorer country. However, if foreign investment spurs all-around economic growth and innovation, it is typically a net benefit for all.

Where is Foreign Direct Investment Most Common? 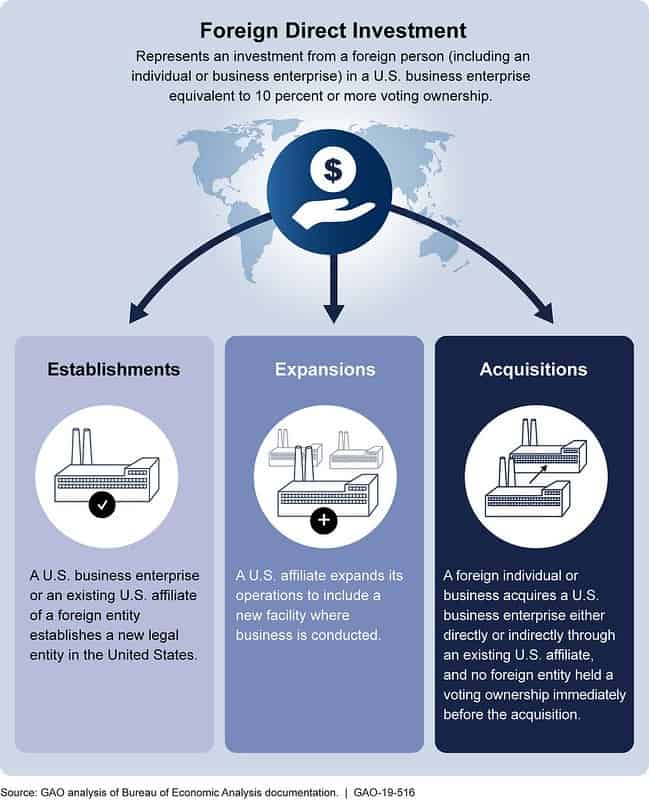 Foreign direct investment is most common in countries with burgeoning economies where labor and operating costs are still relatively low.

This situation is ideal for foreign direct investment because firms in countries where labor costs are high can employ foreign workers at a fraction of the cost they could in their home countries in addition to saving money on services that are more affordable in developing countries, such as electricity and maintenance.

Due to the intricate regulations incumbent upon firms that work internationally, foreign direct investment is most prevalent in “open economies;” that is, economies with less restrictive policies regarding trade. By crafting deliberately lax or stringent policies on international business, countries can invite or discourage foreign direct investment depending on the priorities of the relevant government.

There are three different types of foreign direct investment: horizontal, vertical, and conglomerate.

Conversely, vertical investment exists when a company moves to operate in their industry but on a multi-lateral level. For instance, if a company that sold hamburgers in the United States bought up all the cattle yards in Mexico and began selling hamburgers, that would be vertical investment. In this way, companies control multiple levels of their industry: in this case, both the supply and the retail segments of the hamburger business.

For example, a company that sells footballs in the United States would recognize that their product would not be in demand in China; however, the company may see an opportunity to sell televisions in a growth market. Provided the company has sufficient capital on hand, it may be a strong move to invest in the television industry in China.

Methods Firms Use to Invest in Foreign Companies Directly

According to the Organization for Economic Co-operation and Development, a firm must acquire at least a 10% stake in a foreign company to be considered a direct foreign investor. This can be done by simply purchasing shares in the company; although most often firms hit the 10% threshold by a combination of capital investment and supplies furnished for business operations.

Depending on the business climate a firm is moving into, it may be advisable or necessary to set up a subsidiary company or engage in a merger, but many foreign direct investments are simply the purchase of a controlling share in a foreign firm.

What Is Foreign Direct Investment’s Future?

Going forward, investment in foreign firms is likely to remain highly prevalent. In order for firms to compete in the increasingly competitive global economy, operating in multiple markets around the world will be essential for large scale success.

This practice has the potential to enrich companies in developed countries while spurring growth in countries with low labor costs. This is evident in places like China, where Apple was able to mass produce their products to the benefit of their shareholders while creating a huge Chinese middle class based on the manufacturing jobs they created throughout the country.

For investors in the United States and other developed countries, considering what is foreign direct investment’s place in our business model, it will be wise to purchase shares of companies that take an efficacious approach to direct foreign investment.

The firms that are best able to maximize their market share by working in markets that promise to grow will be the most effective strategy for driving up stock prices at home. Holding shares in companies that can do this will ensure your portfolio grows consistently regardless of what economic developments in specific countries may threaten the viability of country-dependent investment.