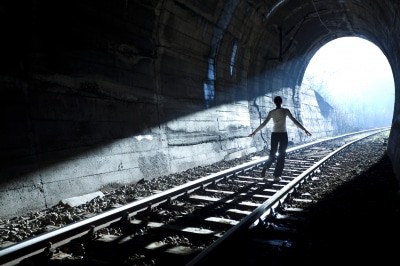 Perhaps the biggest barrier to entry when it comes to the concept of achieving financial independence early in life is the very nature of the journey itself. Specifically, the length. It’s not like one can just have that epiphany and then go on to retire three or four years later. Not in most cases, anyway.

So there’s that long runway. You need to work really hard, live below your means, delay gratification, and save a high percentage of your net income for a decade or more in order to get to the promised land.

And delaying gratification gets turned on its head when you realize that what’s really gratifying isn’t what’s in the present; it’s what you’re still striving for. Besides, what’s the bigger sacrifice: living below your means or working for most of your life?

That said, if we can shorten the journey a year or two, that’d be even better. Right?

I’ve come up with a few ideas over the years that I think can shorten the journey for me even more. And I’m pretty excited by that.

I thought all along that I’d be working my miserable day job down at the dealership until I was 40, not able to escape until my dividend income completely covered my expenses. But I was wrong about that, being able to “retire” from the auto industry at the ripe age of 32 years old.

Looking at where I’m at now, I’m ahead of pace. My overarching goal is to be financially independent by 40 years old. And I view financial independence as being in a situation where my expenses are covered by passive income, not having to work for any money any more (but knowing I could if I wanted to). As of now, I believe dividend income will exceed expenses sometime around 39 years old, assuming my expenses don’t dramatically increase and my investing trajectory stays similar to what it’s been over the last five or so years.

I’m going to discuss one of those ideas I’ve come up with to shorten things even more. It’s an “ace in the hole”, if you will. You don’t have to use it, but I think it would be easy to pull off if you had/wanted to. If you’re miserable at your job and the light just isn’t bright enough, I think this could speed things along by about a year, depending on your own situation.

Why Shorten The Journey?

First, I’ll note that I love writing for a living and doing all that that I do now. But I still crave financial independence almost as much as I did back when I first started the journey. It’s certainly become easier for me over time, especially with the fact that time has slowed for me a little bit.

But I’m the kind of person who craves new experiences because just about anything becomes routine for me over time. I want to be able to live new lifetimes with impunity. I want to wake up every single day knowing that whatever I end up doing that day, I’ll be doing it because, deep down inside, I want to do be doing it without any doubts. I never want to be in a situation where I’m doing something because I have to, just for the money.

Ultimately, I want to be free. It’s not technically binary where you’re either free or you’re not free. I do believe there’s a spectrum there, which is what the concept I’m going to discuss relates to. But while I love my station in life right now, I’m still not completely free. If I can move along that spectrum in a hurry, I will.

This is where shortcuts come in. And I think the concept of an auxiliary fund could work out pretty wonderfully, if executed properly.

An auxiliary fund is a sum of cash you set aside to cover the spread between your passive income and your expenses until the passive income grows enough to take over and cover expenses completely.

Let’s use some numbers to illustrate the concept.

Adding in some other assumptions, let’s say you’re saving 50% of your net income. So you’re netting $3,000 per month, investing the other $1,500. You can certainly play with the numbers for your own situation, but I think these are reasonable assumptions for a good number of folks out there.

So that now puts you at $1,443 in monthly dividend income against $1,500 in monthly expenses. Close, but not quite there after another year of saving 50% and investing diligently. You could goose things a bit by chasing yield, but that adds risk. And you’d likely still fall short anyway.

But what if you could skip that entire additional year and quit that 9-5 even with the $200 delta?

That’s where the auxiliary fund comes into play.

Instead of directing your $1,500 per month in savings toward investments, you keep it in cash. This isn’t part of your emergency fund. This is used only to temporarily cover your spread between passive income and expenses.

Now, I’m a huge fan of passive and growing cash flow. A much bigger fan of that than cash. I didn’t get to the position I’m now in by preferring cash over cash flow. But I’m also a big fan of living on my terms, which is why we’re all doing what we’re doing here. All that saving and investing is a means to an end for me, even if the investing is a lot of fun in the meanwhile. If some great benefactor came into my life and offered to cover my expenses for life in exchange for never saving/investing another dime, you can bet your bottom dollar I’d take that offer in a heartbeat.

Moreover, with $1,300 per month in passive dividend income, you’re already in very rare company and likely a guaranteed millionaire. You’re already very successful, so try not to lose perspective as you continue to save and accumulate high-quality assets. Some people will never be able to find their enough. Try to not be one of those people.

Getting back to the example, you’re redirecting that $1,500 per month toward a short-term cash position instead of long-term dividend growth stock investments. After four months, you should have $6,000 in cash there (again, separate from your emergency fund). That $6,000 can then cover your shortfall for approximately 2½ years.

And guess what’s happening over that 2½ years?

You guessed it: dividend growth.

Now, it’s probably safe to assume your expenses grew a little bit over this time frame as well, but the end result is still over $18,000 per year. And with inflation being so low right now, the odds are pretty strong that someone who’s frugal enough and good enough at controlling expenses for a long enough period of time to be in this position in the first place can keep running a pretty tight ship for another 2 or so years. In addition, the dividend growth is an ongoing and fluid process, meaning you’re spending a little less than $200 per month as you go and as the dividend income continues to rise, further bolstering the chances of success.

Of course, one could stay on the day job for another month, which would add another $1,500 to the pot, covering another six or seven months of expenses while the dividend income continues to grow and compound. In the end, you’re still looking at cutting the journey short by about a year.

This is just a concept. You don’t have to (and probably won’t) use it if you want that big margin of safety where your dividend income is covering your expenses by 110% or 120% or more. But just keep in mind that every additional day you’re working, saving, and investing is one less day you’re living on your terms. Money can always be made. Time cannot.

Personally, I’m strongly considering employing this strategy down the stretch. I think I’m probably about a year ahead of pace as things sit now. But this could potentially put me in a position where I quite literally don’t have to involuntarily work a minute of my life past 38 years old. And that’s even after quitting the full-time job a day after my 32nd birthday. How crazy would that be?

I just don’t think it’s necessary to have that big margin of safety where dividend income covers expenses by X% over 100%. In fact, I believe organic dividend growth would allow you to exit the workplace even if you are only ~90% there, assuming you have a solid auxiliary fund in place and firm control over your expenses. Besides, it’s highly, highly unlikely you’ll never earn another dime of active income for the rest of your life if you’re achieving financial independence relatively early in life. It’s almost impossible to be this incredibly creative and driven person (the kind of person that achieves financial independence early in life) and just never earn another dime for the value you could (and likely will) add to the world.

You’d have to play with the numbers a little bit, but I purposely used numbers that are pretty true to my own situation. My long-term goal has long been $1,500 per month ($18,000 per year) in dividend income, which I think will more or less free me. Expenses are somewhat of a moving target, especially looking a decade out. But I think it’s certainly a reasonable target for me assuming I’m able to pay off student loans by then and take subsidies for health insurance. In the end, it’s simply a matter of adjusting on the fly and taking a look at things as they go. Regardless, it’d be easy to save cash for 3-5 months toward the auxiliary fund and then go about my merry way. Likewise, it’d be easy for you to do the same. This is a concept that can be replicated by anyone following this strategy.

If you love what you do, then there’s probably no reason to consider this idea. But financial independence isn’t about hating your job. It’s about so much more. And if you want to sprint that last mile of the journey, I think this concept offers the chance for a late-stage burst of energy to cross over the finish line and step into the light.

What do you think? Would you consider using an auxiliary fund to speed things along? Why or why not?