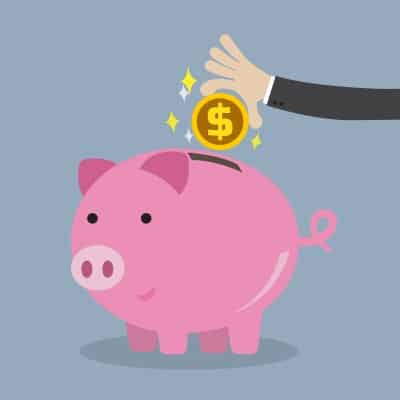 Well, the time has come to update the Freedom Fund once again as we start another month. The Freedom Fund is my portfolio, and I think it’s aptly named. My portfolio is my way to freedom; freedom from a job I don’t desire to purchase goods I don’t need to impress neighbors I don’t care about. This journey is all about freedom and flexibility. One day, the dividend income this portfolio generates will fully cover my expenses and my time will be completely my own. What could you possibly want to own more than your time?

I feel extremely fortunate and thankful that I’m able to post these updates every single month which shows the power of monthly contributions to investments because of the high savings rate I maintain. It shows how a relatively large sum of money can be built through the power of time, patience and perseverance.

It’s important to keep in mind that while updating the overall value of my portfolio is important for historical reference and for purposes of keeping track of total return, my main focus is on the rising dividend income stream the Fund provides.

And with that, 2014 is behind us. It was a wild year for me in many ways, not the least of which was the manner in which the Freedom Fund grew. From the very beginning of 2014 until the very last day, the portfolio increased by more than $36,000. That’s a middle-class salary right there, which is absolutely incredible. I can tell you that it wasn’t until 2007 that I was able to even earn that much money from working an entire year. Glad that my money is now unleashed, working for me instead!

December was a particularly busy month, as previously discussed. I started the month off by initiating a position in Walt Disney Co. (DIS), which is a company that I’m particularly enthusiastic about over the long term. The low yield is kind of a bummer, but this company is firing on all cylinders. I really like this investment.

That was actually going to be it for the month. I hadn’t planned on doing anything else. But opportunities came knocking, so I opened the door ever so slightly. Energy was particularly volatile toward the middle of the month, which presented a quandary for me. I’m loathe to go too crazy on energy stocks, as I’m already extremely overweight in that sector. Furthermore, there’s a chance that oil could remain low for a protracted period, which means bigger opportunities could materialize down the road. Nonetheless, I decided to deploy a little capital by adding to my small position in ONEOK, Inc. (OKE) at what I thought was a compelling value.

Unfortunately, that wasn’t it. I decided to sell out of my stake in American Realty Capital Properties Inc. (ARCP) due to a change in the fundamentals that became too large to ignore. My position went from an investment to a speculation, and I simply decided to acknowledge that I’m no speculator. I’ve had solid success as an investor over the last five years, but I have no desire to speculate. Again, that’s no call on the company’s fate, but rather a call on the limit to my risk tolerance.

I thereafter used the capital from the ARCP sale to add to average down on my investment in BHP Billiton PLC (BBL) one last time. I also added to my position in Unilever PLC (UL) to even it out at 100 shares.

I feel really confident about these moves when looking at them with a long-term perspective. Disney parks will likely remain vacation destinations for families all around the world for decades to come. Meanwhile, they have what will likely be phenomenal movies coming out this year, including Avengers: Age of Ultron and Star Wars: The Force Awakens. And their core business, including the ESPN network, is incredible.

Meanwhile, ONEOK should do well for 2015 and many years to come. A large part of the business is fee-based, which means they’re less susceptible to major swings in commodity pricing. Their pipeline network cannot easily be replicated by a competitor, and they’re well-placed across domestic energy plays.

BHP Billiton is unpopular right now. But that’s generally the precise time you want to pick up shares in a high-quality company, assuming the fundamentals remain solid. Iron ore and oil have both seen their prices crater lately, but I guess I just can’t foresee a world where both of these commodities aren’t in-demand and extremely valuable a decade from now and beyond.

And Unilever sports some of the world’s greatest brands across food, beverages, personal care products, and home care products. I see the odds of this changing as quite low. People will very likely continue to buy soap, ice cream, butter, and shampoo no matter what’s going in with the economy.

The current market value of the Freedom Fund stands at $183,298.78, which is a 0.4% decrease from last month’s published value of $184,197.69. So the portfolio backed off its all-time high a bit, which isn’t totally surprising. What perhaps is surprising is the fact that most of my major positions performed so terribly over the course of December. My portfolio had a rather poor month due to the fact that companies like Johnson & Johnson (JNJ), PepsiCo, Inc. (PEP), and Philip Morris International Inc. (PM) all saw their common stock drop in value rather substantially over the course of December. Of course, this is just one month out of perhaps 800 or so that I’ll be exposed to the stock market, and discounts the fact that JNJ and PEP both had a great year in regards to company and stock performance. Furthermore, stock prices have very little to do with my ability to live off of my dividend income and claim financial independence. Thus, this is all rather inconsequential.

The chart looks great, no doubt about it. I’m a little torn, however. On one hand, it’ll be exciting to see the portfolio cross over $200,000. I know it doesn’t really matter in regards to my goals, but it’s just a nice psychological barrier to cross. On the other hand, I’m hopeful the stock market corrects rather considerably over the course of 2015, which would allow my current capital to go much further by being able to buy cheaper stocks with higher yields. That would matter in regards to my goals.

As a special note, I expect the whole year of 2015 to be quieter for me than 2014 was in terms of how much capital I invest in stocks. That’s because I’ll be facing two headwinds: lower overall gross income and a higher tax bill. This is due to my decision to pursue writing full-time. Now, that’s a decision I’d make 1,000 times out of 1,000 chances. However, there are consequences and trade-offs (Aren’t there always?). First, I’m not sure if I’ll ever be able to exceed what I was making in the auto industry. Second, self-employment income comes with the joy of 15.3% Social Security and Medicare (FICA) taxes. Ouch! I was able to be a bit aggressive in the second half of 2014 due to the fact that my quarterly estimated taxes schedule was set up at the beginning of the year, before I was earning as much self-employment income. So the payments were lower than what I really owed as the year progressed; however, this benefit of artificially high cash flow will be gone throughout 2015. I do expect to be able to invest at least $1,200 per month, though, which was my original goal when I first started down this path back in early 2010. So we’ll see how it goes. I’m excited either way!

The Fund now has positions in 51 companies. This is unchanged since last month, since I both initiated a new position and sold out of one completely during December.

These updates are mainly designed to show the increase or decrease in the value of the underlying equities I’m invested in, but the main purpose of investing in dividend growth stocks is for the rising stream of dividends over time. So, with that said I don’t put too much emphasis on these monthly updates on the value of my portfolio. I think it is a good idea, however, to keep track of the rising (or falling) value of one’s securities and be aware of where they are in terms of the marketplace and whether or not certain stocks are attractively priced. It proves to be a useful exercise, for me at least, to update the values monthly. It gives me fresh perspective on which equities are performing well and which aren’t, and from there I can make educated decisions (based on further due diligence) on which stocks I’d like to add fresh capital to (while considering portfolio weight as well).

How did your portfolio perform to close out 2014? Did everything go to plan throughout the year? Ready to get 2015 started?