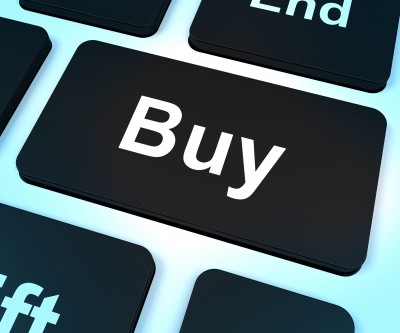 Well, I promised you all that while I quit my full-time job to focus on writing, I didn’t quit my pursuit of financial independence. And to that end, I have remained committed to investing in high-quality companies that regularly and reliably pay and raise dividends. Of course, my capital is more constrained than before, but I’m doing my best.

This most recent equity purchase was really interesting for me. I’ve honestly had mixed feelings on this company in the past, but I could no longer ignore the low valuation, attractive entry yield, and strong dividend growth over the last decade.

Another interesting consideration is that this position was initiated just days after my initial investment with Visa Inc. (V). So it’ll be fun to see how a value play compares to a growth play over the next decade or so in terms of both business performance and stock performance. However, I feel that both offer an attractive valuation based on potential growth prospects, although the value and growth mix for these two companies are on different sides of the spectrum.

Another interesting fact is that my newest investment is another Warren Buffett holding through the Berkshire Hathaway Inc. (BRK.B) investment portfolio, just like Visa. I guess I’m creating my own mini Berkshire!

Deere has had a great run over the last few years as the broader economy picked up and demand for their machinery grew. They set record after record for earnings as they rode this wave. However, future earnings growth for the next few years looks bleak as Deere operates in a highly cyclical industry.

I’m going to take a look at their operating performance over the last decade. Their fiscal year ends October 31.

Revenue has climbed from $19.986 billion in fiscal year 2004 to $37.795 billion in FY 2013. That’s a compound annual growth rate of 7.34%, which is pretty strong. Growth in revenue over the last few years has been especially impressive. Even though DE is a cyclical stock, the revenue growth was fairly secular other than the 2009-2010 period which happened to coincide with the Great Recession.

Earnings per share grew from $2.78 to $9.09 during this same time period, which is a CAGR of 14.07%. EPS has likewise grown rather steadily other than the two aforementioned years. DE’s financial performance over the last decade has been really strong.

However, S&P Capital IQ predicts EPS to grow at a compounded rate of 2% annually over the next three years. This is generally in line with company guidance. Deere is forecasting a 4% decline in equipment sales for FY 2014, and sales in the Agriculture & Turf segment (Deere’s largest) fell 12% for the second quarter of FY ’14. Furthermore, they’re guiding for just $3.3 billion in net income for FY 2014, compared to $3.537 billion for FY 2013. So we’ll likely see lower earnings for the next couple of years before perhaps seeing a rise again in FY 2016.

Dividend growth has been pretty fantastic over the last decade. The company has raised its quarterly per share dividend for 11 consecutive years, with a 10-year dividend growth rate of 16.3%. This kind of aggressive growth is really attractive to me, and the most recent dividend raise of 17.6% back in May provided me the confidence to go ahead and start really taking a good look at this company. And I expect dividend growth to continue even with the strong possibility of falling earnings for the next couple years, as the payout ratio stands at just 26.3%. So earnings could halve and the dividend would still be covered perfectly fine. And the yield, at 2.72%, is pretty attractive in this market.

And the dividend growth should also continue to benefit from aggressive share buybacks. The company has reduced the share count from 506.2 million in 2004 to 389.2 million at the end of FY 2013. Furthermore, the company authorized an $8 billion buyback program last year, which should counteract some of the effects of falling demand in their products during the next cycle.

The balance sheet is solid, though it looks worse than it really is. The long-term debt/equity ratio is 2.1, which appears high. However, as noted above Deere has a large finance operation in order to provide flexible purchasing options to customers, and maintains a large receivables account. The interest coverage ratio is 8.4, so the company can comfortably cover interest expenses. Furthermore, Deere’s long-term debt has an A rating from Standard & Poors.

I like the long-term story here. As I mentioned at the outset, I’ve been mixed on investing in a company like Deere because I prefer investing in companies with better earnings visibility and more secular growth patterns. DE, meanwhile, is a cyclical stock. As such you typically will see peaks and troughs with earnings, but DE has done really well with this over the last decade. I’ve been lukewarm on DE because earnings are expected to fall due to softened demand for their products, and I expect either the share price to fall with earnings or the price-to-earnings ratio to expand.

However, I realized I was thinking like a trader here and not a long-term investor. If I’m investing in DE for the next 20 or 30 years, what does this matter? Will falling earnings in FY ’14 and FY ’15 really matter in 2050? Probably not.

And speaking of 2050, Deere cites predictions of a global population to rise from the current ~7 billion to an estimated 9 billion by that year. And 70% of these people are expected to live in cities. As more people live in cities this reduces the available pool of people to work the fields and grow the food necessary for the rest of the world. As such, Deere predicts increased demand for their farm equipment as farming becomes more mechanized and automated.

And it’s not just more people that will be populating the planet in the future, but as emerging markets grow and middle classes burgeon, these additional people are expected to enjoy higher living standards as the quality of life rises across the world. As such, it’s expected that the demand for grain-intensive food like beef will rise. In addition, the demand for all food, fuel, infrastructure, and shelter will also increase. This further increases the demand for the products that Deere provides in these areas.

And growth overseas could provide huge opportunities for Deere. They’ve long been a recognized company in the heartland of America with their green tractors, and enjoys an approximate 50% market share here. However, the company generated 36% of its equipment sales outside the US for 2013. And the company is aggressively expanding outside the US as they opened new dealerships in China and and Brazil last year along with distribution centers for parts in South Africa and Argentina.

Deere provides a brand name product that should continue to remain in demand as long as the world continues to need the resources and infrastructure their machinery helps provide. Their dealer network, support facilities, and retail-financing solutions that are now offered in more than 40 countries provide a backbone for a healthy company.

This company, like any other, is not without risks. The business is highly cyclical and they operate in a very competitive industry. In addition, Deere’s customers are exposed to commodities that fluctuate wildly in price, like corn and soybeans. And the price of some of these commodities have been falling as of late, further putting pressure on Deere.

Deere shares look particularly cheap here, with a P/E ratio of just 9.69. However, cyclical companies can look most cheap at the top of a cycle when earnings have peaked and future earnings are predicted to fall. That lowers demand for shares and contracts the multiple. Likewise, a higher P/E ratio can be seen when earnings are lowest at the bottom of the cycle and investor sentiment is highest. This increases demand for shares and expands the multiple.

But this valuation is pretty attractive when considered against the long-term prospects of this company. Even significantly lower earnings and an expanding P/E ratio means the downside is somewhat limited here. The five-year average P/E ratio on DE shares is 15.7, so you can see there is a lot of room for slowing growth here. I consider myself as an investor who manages risk and downside foremost, and I concentrate on that far more than I look for growth. Which is why I typically try to target stocks with margins of safety on low valuations. As such, I think this low of a valuation limits my risk. Basically, if DE were not a cyclical stock this would just be a blockbuster investment, especially considering where the broader market is at. But as a long-term investor who expects to hold through many business cycles, I think investors should do well if buying at today’s price.

I valued shares using a dividend discount model analysis with a 10% discount rate and a 7.5% long-term growth rate. This growth rate appears fair to me, as it’s well below what DE has posted over the last decade in terms of growth in profitability and dividends. This gives me a fair value on shares of $103.20, so I think there’s a margin of safety here.

An increasing global population is a tailwind for many companies, but especially so for those involved in agriculture as more people puts strains on food supplies. That means efficiency must be improved, and as more people live in cities the demand for mechanized and automated farming should rise which bodes well for Deere.

This purchase adds $36.00 to my annual dividend income based on the current quarterly payout of $0.60 per share.

My portfolio now holds 49 positions, as this was a new investment for me. My rate of initiating new positions is going to now slow pretty dramatically as I’m nearing my target of 50 positions across the portfolio. I’m likely going to go a bit over this number as there are still a number of companies I’d like to own a chunk of, but I don’t want to manage much more than 50 companies. As such, I’ll be looking to reinvest back into current positions with the majority of new capital for the foreseeable future. Pruning positions that aren’t performing well is also an option, though I typically sell very rarely.

I’ll update my Freedom Fund in early August to reflect this recent purchase.

What do you think? A shareholder in Deere? Think this was a wise purchase?