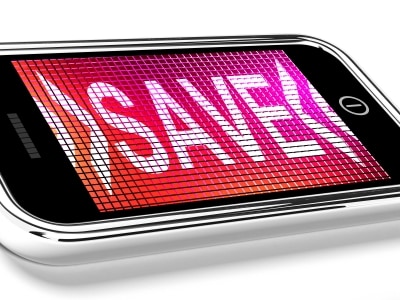 So for the last couple of years now I’ve had mobile cell phone service with MetroPCS. For $40 I received unlimited talk, text, and web. However, I never really used the web access because the cheapo Kyocera phone I’ve been using doesn’t really have any web browser to speak of. Instead, I just use for the unlimited talk and text so I can stay in touch with loved ones.

The old Jason (the non-frugal guy I don’t know anymore) purchased an iPhone 3G back in 2008 and used to use it for everyday mobile service. It’s long been deactivated, but I still use it for its WiFi capability for free web access.

So what I’ve been doing is using the cheap mobile service with MetroPCS to handle my day-to-day phone conversations, and then using the old iPhone for the occasional email check on the go. But I’ve long suspected that $40 was too much for this rather simplistic combo, and, recently, I was proved correct.

This past weekend, after much research, I signed up with Aio Wireless. I purchased the cheapest rate package they offer: A $25/monthly rate plan that includes unlimited talk and text. There is no data usage included with this, but I’ll still continue to use WiFi where available as I do now.

I simply could not be happier with this choice. This move provides numerous benefits:

What I learned with this exercise is to never be complacent. I’ve been extremely frugal for years now, but at $40 per month I was simply paying too much for cell phone service. It was a decent deal a couple of years ago when I canceled my expensive cell and data plan with AT&T that I was using on my iPhone, but after all of the competition that has popped up lately better deals are abound.

I’ve been using my new cell phone for a few days now, and so far it’s solid. I’ve noticed clearer calls and much better service. In addition, I can actually call and speak to a live person if necessary, which is great. I think at $25/month you can’t go wrong here.

I didn’t take this decision lightly. Although we’re talking about relatively small amounts of money here, every dollar I spend is one less dollar that I could potentially invest and add to my compounding dividend income snowball. So I take every snowflake pretty seriously. I looked at the competition pretty heavily, but I found Aio to be the best option in terms of price and service.

Republic Wireless was the first option I looked at. They only have one phone: The Moto X. At $299, that’s way too much phone for this frugal guy. Furthermore, in order to provide service cheaply they want you to do most of your talking on VoIP , which is Voice over Internet Protocol. I tried this a while ago, and it SUCKS. There is often a delay and/or echo, even with extremely high speed internet. Furthermore, dropped calls are frequent. Now, when you don’t have WiFi available Republic still allows you to make phone calls with their network – which uses the Sprint Corporation (S) network. The Sprint network isn’t even close to AT&T, so this was a no-brainer for me. In addition, from the way I understand it, Republic doesn’t want you to use a lot of time on the cell network and will alert you if you do. They want you to perform most of your operations on WiFi, and understandably so. At $10/mo (not including taxes and fees) you get unlimited cell talk and text, but from what I’ve read, if you talk too much on the Sprint network Republic reserves the right to boot you from the program. This is because Republic has to pay for access to Sprint’s network, and customers that are abusing access end up jeopardizing it for everyone. Again, it’s understandable, but simply not a package that makes sense for me. Lastly, their customer service is forum-based. I’d rather have access to real, live humans if I need service. All in all, I decided that Republic Wireless is a poor choice for me.

I also looked at Ting. They are a service that allows you to customize your mobile package to the amount of minutes, texting, and data access that you think you will need. However, based on my needs my quote came out to $29/month. According to their homepage, most users end up spending $21 per month. Their quotes do not include taxes and fees, which are in addition to what I was quoted. Ting uses Sprint’s network, like Republic. For me, Ting offers a network with worse coverage at a more expensive price. No, thanks.

Straight Talk Wireless was the final competitor I investigated. Their cheapest plan is $30/month. ‘Nuff said. 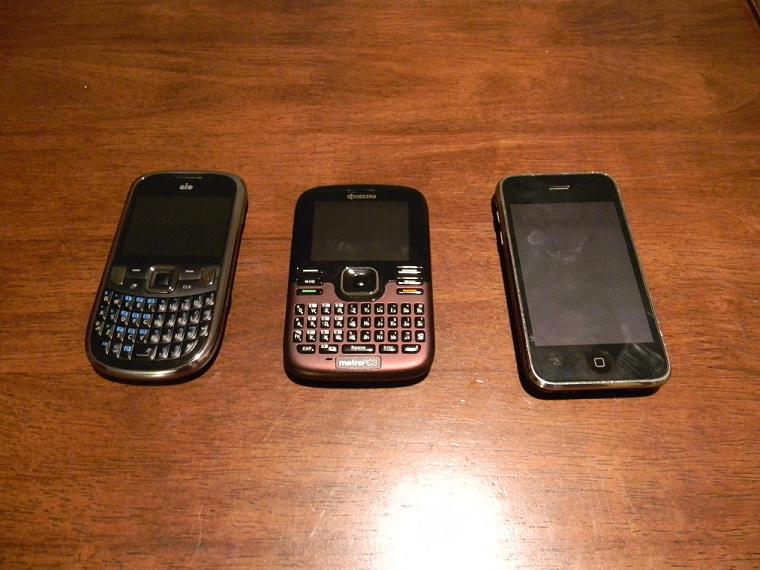 Overall, I’m super excited. I spent $105.24 at the Aio kiosk where I purchased everything. This included my first month’s service at $25, my new ZTE phone at $49.99, and an activation fee of $25. Plus, of course, taxes. That’s it. The activation fee will be made up within two months based on the savings between my old rate and the new one, but it’ll take a little longer to make up the cost of the phone. However, as I mentioned above, my Kyocera was slowly dying on me so I was going to need a new phone sooner or later anyhow.

Aio Wireless does offer other plans. Notably, their most popular plan is their $40/month unlimited talk, text, and web plan which comes with a plethora of smartphones available. In addition, if you sign up for auto-billing you get a $5 monthly credit. So with this configuration you end up spending $35/month. However, the unlimited web on their 4G/LTE service is limited to 500 MB per month with this rate plan. Exceed that and you’re switched to 3G for the rest of the month until you can reset on the following billing cycle. I came *this close* to signing up for this package, as it would have only been an additional $10/month and I’d have a cool Nokia phone with all kinds of sweet features. But the extra recurring $10/month and the extra $50 stretch for the Nokia phone was too much for me. So I stuck with the cheapest plan they offer. The frugalist inside of me is beaming with pride!

How about you? Have you ever looked into Aio Wireless? Think I made a good choice here?